The southeast region, which has been considered as a holiday destination for many years, has gradually developed into a vibrant, appealing and convenient place to live.

CBVL started out as a sugar cane producer in the early 1800s and has remained the leading player in the economic and social development of the southeast for almost two centuries. Today, it is organised around four areas of activity: agriculture, hotels, real estate and corporate services.

CBVL commitment to the region is continuing through its flagship project, Pointe d’Esny Le Village.

CBVL has also developed a range of residential projects, including Beau Vallon, Mahébourg, Pointe d’Esny and Ville Noire. CBVL has been a major contributor to the development and expansion of the southeast region. The company is one of the main employers in this part of the country and is also very involved in social activities and the fight against poverty. 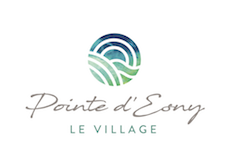 Faced with the spread of Covid-19, the Mauritian government has declared a two-week national confinement since Friday, March 20. Our offices are therefore closed until further notice.

However, we are still working from home and remain available for any information regarding Pointe d'Esny Le Village. Should you need any help concerning our project, do not hesitate to contact our Sales Team by phone or WhatsApp on +230 54 94 49 92. You can also reach out to us by email : jnoel@pointedesny-levillage.mu

If we all stay safe, we can overcome this together.